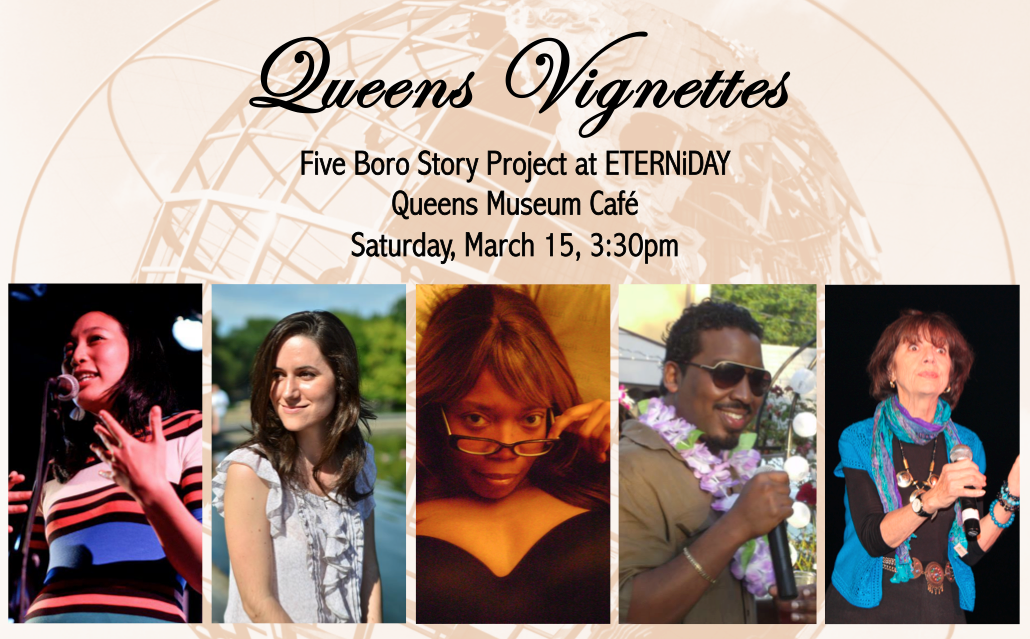 “Queens Vignettes” painted a portrait of the borough from the perspective of five Queens natives and residents.

Featuring borough-inspired anecdotes and music from:

Stephanie Rogers – Writer, poet and lifelong Flushing resident who still dreams of seeing the Mets get back in the World Series

Angel Yau – Comedienne extraordinaire from Howard Beach who you may have seen in Upright Citizen’s Brigade and Mortified! storytelling

Queens Vignettes was part of ETERNiDAY, a day-long festival taking place throughout the Queens Museum from 12-8pm. Curated by the current poet laureate of Queens, Paolo Javier, this festival, named after a term coined by Flushing’s own Joseph Cornell, featured readings, book and printmaking workshops, panel discussions, musical performances, live film narrations and screenings, writing workshops, a publishers’ alley, and a closing reception recognizing festival honorees. Poets-in-the-galleries events throughout the day commemorated recent exhibits at the museum, as well as performances by the festival participants in select locations of the museum.