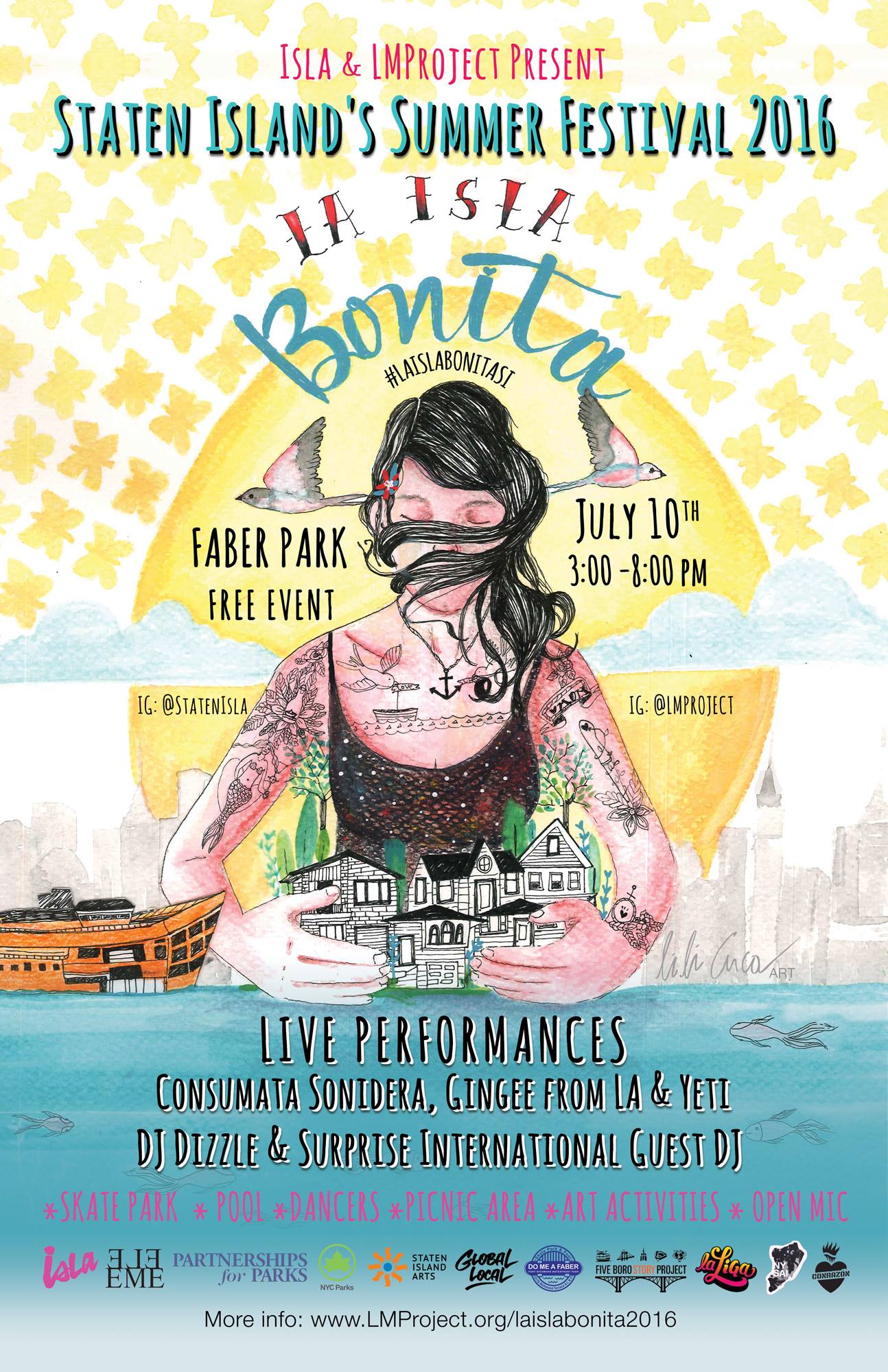 “La Isla Bonita” was born as a public art series developed by Colombian-born, Staten Island-based artist Lina Montoya under her LMProject. Last Summer, LMProject and local events collective ISLA partnered up to create a summer festival in the North Shore of Staten Island with the help of the New York City Department of Parks and Recreation, Partnerships for Parks and California organization Sol Collective – naming it “La Isla Bonita Summer Festival.”

DIRECTIONS:
For those commuting from other boroughs, take the Staten Island Ferry and at the terminal catch the S40 bus and ask the driver to let you know when Faber Park arrives. It’s about a 20 – 25 minute ride. You can also bike along Richmond Terrace till you get to the waterfront park! 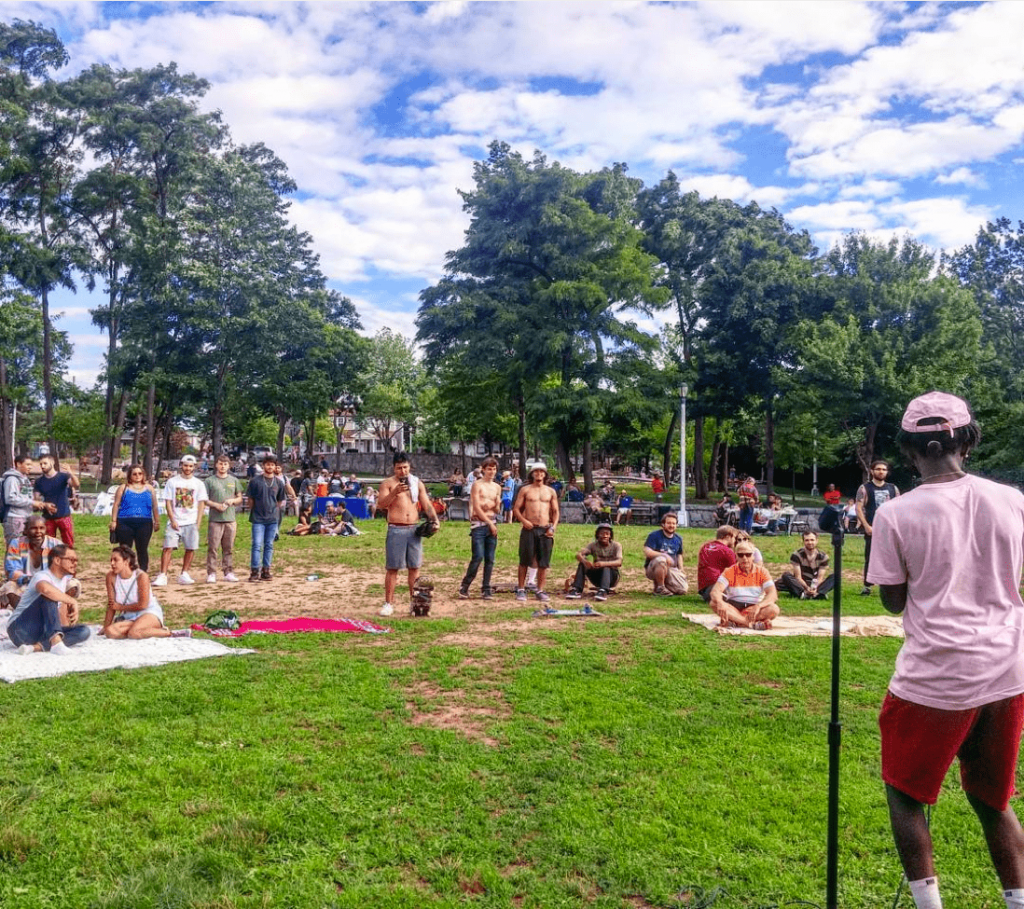